Massachusetts Gov. Charlie Baker signed a bill into law last month that will move the commonwealth toward a cleaner, more efficient future powered by renewables. While this legislation alone won’t bring Massachusetts all the way to the finish line for 100 percent renewable energy, it does represent several big strides coming out of the starting blocks.

The newly enacted climate bill is especially exciting in three areas: its requirements for more renewable electricity, increased commitment to offshore wind and new energy efficiency standards.  Each of these will be crucial in moving Massachusetts away from dirty energy in the decades to come.

The climate bill includes a requirement that at least 40 percent of the state’s electricity come from clean, renewable sources by 2030, which will be a key factor in getting Massachusetts homes and business to move away from fossil fuels. That requirement represents a significant improvement in the state’s existing renewable portfolio standard (RPS) and will shake out to additional renewable capacity equivalent to 200,000 more solar roofs coming online over the next ten years. 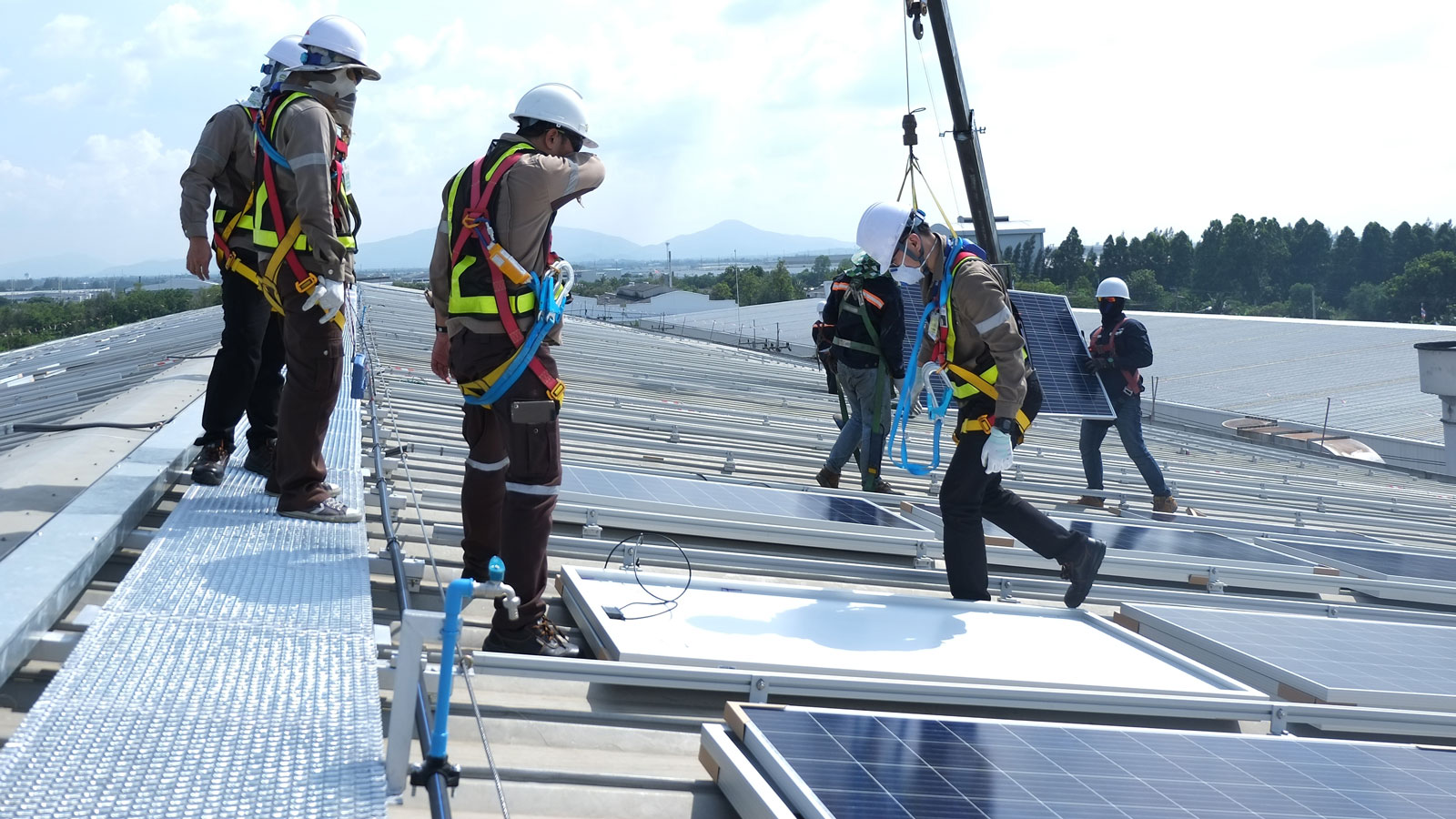 The new legislation also bumps up Massachusetts’ commitment to offshore wind power by tacking on an additional 2,400 megawatts (MW) of procurements to Massachusetts existing goals in this area. If we meet these benchmarks by 2027, Massachusetts will get 5,600 MW of clean renewable energy from offshore wind — enough to power roughly 2.8 million homes. Given that the commonwealth boasts the highest offshore wind potential of any state in the country according to our new report Offshore Wind for America, this energy resource has a big role to play in moving the state toward a 100 percent renewable energy future. Additionally, as the state prepares to welcome the first utility-scale offshore wind farm in the country, Vineyard Wind 1, the bill is a timely reminder that strong state leadership is the most effective way to take advantage of offshore wind. 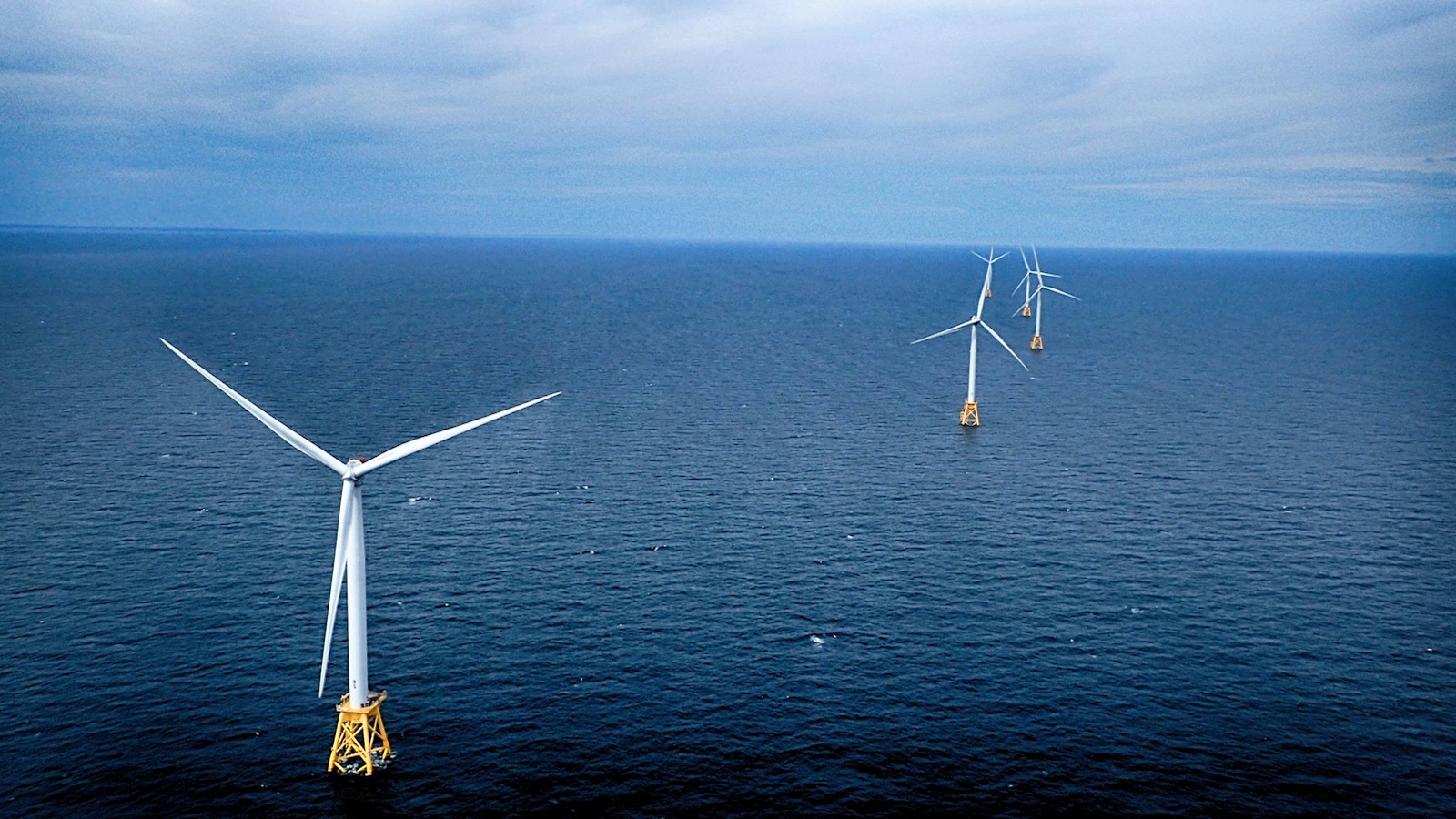 The bill’s energy efficiency standards for appliances will cut energy waste dramatically. Requiring appliances and plumbing fixtures in 17 different categories — from commercial dishwashers to household faucets — to use energy and water more efficiently will reduce greenhouse gas emissions, save water and generate big consumer savings. In fact, each year, starting in 2025, appliance efficiency standards in Massachusetts will save enough electricity to power 32,000 homes and enough water to meet the needs of 61,000 families. This could have ripple effects even outside of the Bay State, as a handful of states in the region, including Maine, New York and Rhode Island, are considering adopting new efficiency standards as well. 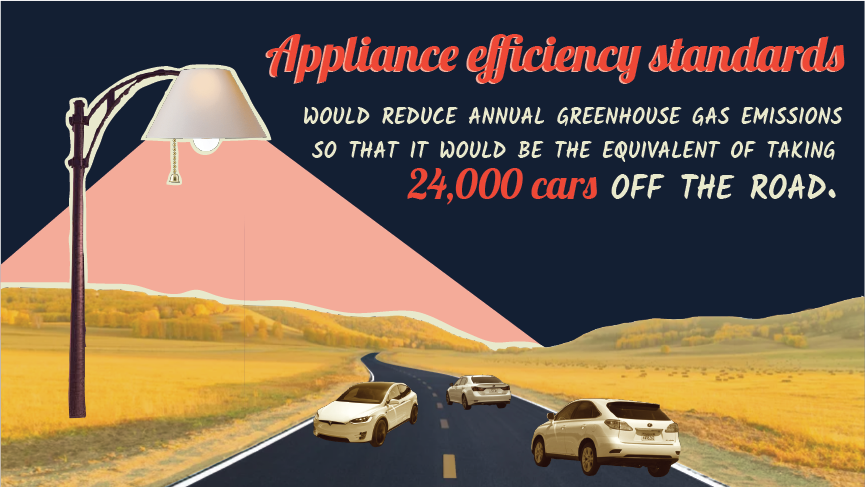 This is one page of our Massachusetts flip book which shows that appliance standards will reduce annual greenhouse gas emissions equal to taking 24,000 cars off the road. Credits: Graham Marema.

In the race to 100 percent renewable energy — a vision that seven states and more than 170 cities have already set their sights on — this new law certainly won’t get Massachusetts all the way to the finish line. But it’s a strong start, and policy makers can continue taking action to build on it in this legislative session and beyond. Staff at Environment America and Environment Massachusetts will continue to do our part, advocating tirelessly for our vision of a 100 percent clean and renewable future for the Bay State and for the nation.

Beyond Massachusetts, we’re continuing to call on a dozen other states from across the nation to pass new legislative commitments that will get them to 100 percent renewable energy or electricity — or to accelerate their existing commitment to do so. And in each of those states, we’ll also cheer on incremental progress toward that transformative vision, just as we did in Massachusetts.

Interested in adding your voice to the chorus? You can join our One Million for 100% Renewable Energy project and show your support for a renewable future today.