In the halls of the U.S. federal government, things tend to move at a painstakingly slow pace. Programs to hasten our transition to clean and renewable energy are no exception. After years of failed “Infrastructure Weeks” and months of debate, the U.S. Senate finally passed a major bipartisan infrastructure package earlier this month that includes significant funding for clean transportation and power infrastructure.

As the bill heads next to the House of Representatives, the national debate on how to build a clean energy future is very much still ongoing. For example, nearly 200 house members have called for including clean energy tax incentives in a final infrastructure package, which did not make it into the version passed by the Senate. Elected officials and renewable energy advocates have been calling for the extension and expansion of these crucial programs for years, but those calls have been met with little progress to date.

While these deliberations drag on at the national level, state legislatures from coast to coast are quietly continuing to make progress at a much snappier pace. Our new roundup highlighting state legislative action on energy issues shows the extent to which states are leading the way — in part thanks to the advocacy of our network of state-based environmental organizations and members. “The United States of Clean Energy, Summer 2021” summarizes clean energy progress and commitments made in spring and summer state legislative sessions across the country. Here are just a few top highlights: 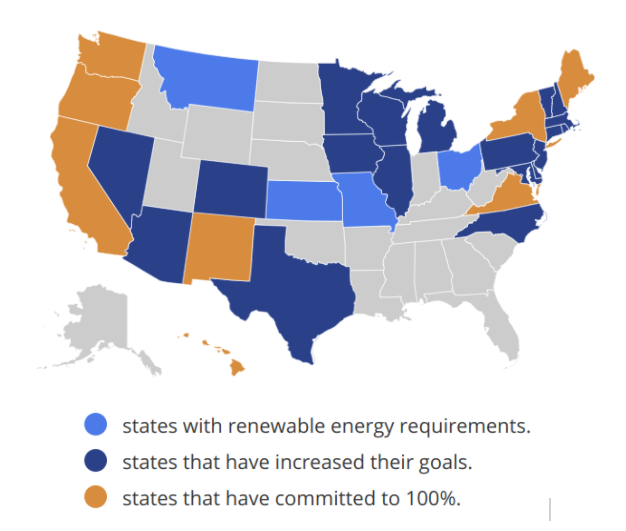 For more examples of progress on clean and renewable energy from the states, check out “The United States of Clean Energy, Summer 2021.”