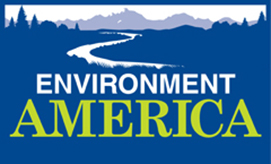 U.S. PIRG and Environment America are writing in support of the INVEST in America Act you introduced June 4, 2021, which would help transform transportation by investing in roads, bridges, transit, and walking and biking infrastructure with an emphasis on fixing existing infrastructure and reducing pollution that harms our health and our climate.

Past federal transportation investments have made it easier and cheaper to travel by car, but at a high cost. Each year, pollution from cars, trucks and other vehicles cuts short an estimated 58,000 lives, and increases the risk of lung cancer, stroke and heart disease. Cars are much safer than they used to be. But motor vehicle crashes each year still kill an estimated 40,000 Americans and seriously injure 4.5 million. And, in a conclusion that should shock nobody, one study found the morning commute to be the least favorite part of the day for many Americans.

Transportation is also now America’s number one source of carbon pollution, with greenhouse emissions from cars, trucks, buses and other vehicles surpassing every other source. We simply can’t solve global warming without changing how Americans get around. By electrifying our cars, trucks and buses, and expanding usage of the cleanest forms of transportation — walking, biking and transit — we can not only reduce but virtually eliminate transportation pollution. Doing so would ensure a stable climate, cleaner air, and healthier lives for our kids.

The INVEST in America Act would make needed progress in tackling climate change, expanding access to walking, biking and transit and improving safety, and would ensure we make the best use of existing infrastructure by taking a “fix it first” and multimodal approach. We are particularly supportive of the following policies and funding:

Expanding access to walking and biking, and improving safety:

Additionally, we thank the chairs for preserving the protections of the National Environmental Policy Act (NEPA) in this bill. NEPA is a powerful tool that encourages smart and sustainable infrastructure decisions. Important environmental protections should not be sacrificed in the name of regulatory streamlining.

We also support the inclusion of $400 million for wildlife crossings. Too often, highways have carved up and paved over critical wildlife habitat. Wildlife crossings will help bighorn sheep, lynx and many other species cross highways safely while reducing crashes.

In addition to supporting the overarching bill, U.S. PIRG and Environment America urge support for any amendments to increase funding for transit operations.

Given our current transportation challenges, from crumbling roads and bridges to ever-increasing pollution, it’s no wonder Americans broadly support investing in transportation. Earlier this year, our organizations delivered a letter by more than 360 local officials from 34 states in support of investments in clean, electric transportation. Recent polling sponsored by Environment Oregon, Environment America and Earthjustice, in collaboration with the League of Conservation Voters, found 76 percent of voters in Chair DeFazio’s district support investments to rebuild roads and bridges and modernize public transportation to ensure it is cleaner and able to serve more people. The poll also found large majorities support addressing climate change, reducing pollution from vehicles, and investing in electric vehicles and charging stations.

This bill on its own will not solve climate change; in particular, significantly more funding is needed to electrify buses and build a nationwide network of electric vehicle charging stations, as called for in President Biden’s American Jobs Plan. But it will significantly improve transportation and we look forward to working with you to support its passage.