This blog was co-authored by Environment America Intern Bergen Schmidt

Until the 20th century, when skyscrapers began to scatter the skyline of early American metropolises, the structures created by the Ancestral Puebloan people in Chaco Canyon were the largest buildings in North America. Chaco Culture National Historical Park in northwest New Mexico preserves this important place that was once the center of life for Ancestral Puebloans. The park provides a safe haven for diverse plant and animal species that were once more numerous in the San Juan Basin. But that safety net hasn’t come easy. While the importance of protecting this area was first recognized more than a century ago, oil and gas interests have long pushed to develop and drill the area and are still doing so today.

In December of 2020, President Donald Trump signed a spending bill which, thanks to then-Rep. Ben Ray Lujan who is now one of New Mexico’s two Senators, included a short-term moratorium on oil and gas leasing around Chaco Canyon. And Sen. Martin Heinrich, a longtime champion of protecting the area, is taking additional action by pushing for permanent protection. The Senator recently sent a letter to Interior Secretary Deb Haaland, who has a track record from her time as a member of New Mexico’s Congressional delegation of supporting protections for the area, requesting that a 10-mile radius surrounding Chaco Culture National Historical Park be withdrawn from future oil and gas development. The effects of drilling spread into the park, threatening wildlife and ongoing archaeological and cultural studies. With that in mind, Secretary Haaland should take administrative action to protect the area immediately, and Congress should pass a bill establishing permanent protections. It is vital that we ensure this special place stays protected for generations to come. Chaco Culture National Historical Park was designated as one of our first national monuments in 1907, a year after the Antiquities Act, which grants presidents the power to create monuments, was enacted as law. In 1980, Chaco Culture National Monument was granted national historic park status and in 1987 it was named a UNESCO World Heritage Site.

The Chaco Canyon ruins are one of the biggest excavated sites in North America, and this historical landmark tells a story of the Ancestral Puebloan’s culture, economy and ceremonies , which began in A.D. 800. For 300 years, Chaco Canyon was the central hub in the U.S. Four Corners area. The Ancestral Puebloan people constructed massive structures made out of timber, known as “Great Houses,” that were connected by hundreds of roads, all built between A.D. 800 and 1200. One Great House, Pueblo Bonita, was constructed with more than 600 rooms, and all Great Houses featured advanced, multi-story construction. Several specific features of the ruins, such as the presence of storage areas and ceremonial kivas (underground circular rooms used for ceremonies), further support the idea that this area was important for every aspect of the Ancestral Puebloans’ way of life. 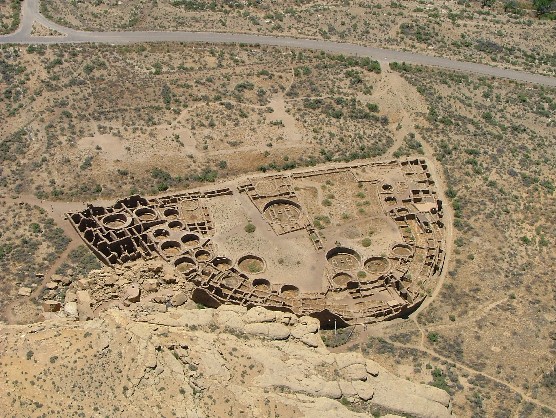 By the 1100s and 1200s, people began to migrate out of Chaco Canyon. Some archaeologists believe that a massive drought was the migration’s main driver, but it was likely a combination of factors including a possible drought, resource depletion, and the rise of other population centers. Today, Chaco Canyon still holds ceremonial significance for the Zuni, Hopi and other contemporary Pueblo tribes.

It’s also one of the most studied archaeological sites in the United States. The first major archaeological excavation of the site occurred shortly after Chaco Culture National Monument was established. In the 1920s, archaeologists rediscovered hundreds of rooms at Pueblo Bonita and the first “pit-house” village, likely occupied around A.D. 200. By 1969, a project to completely inventory the cultural resources in Chaco Canyon began, as researchers excavated the extensive roadway systems and countless outlier sites surrounding the major Great Homes. 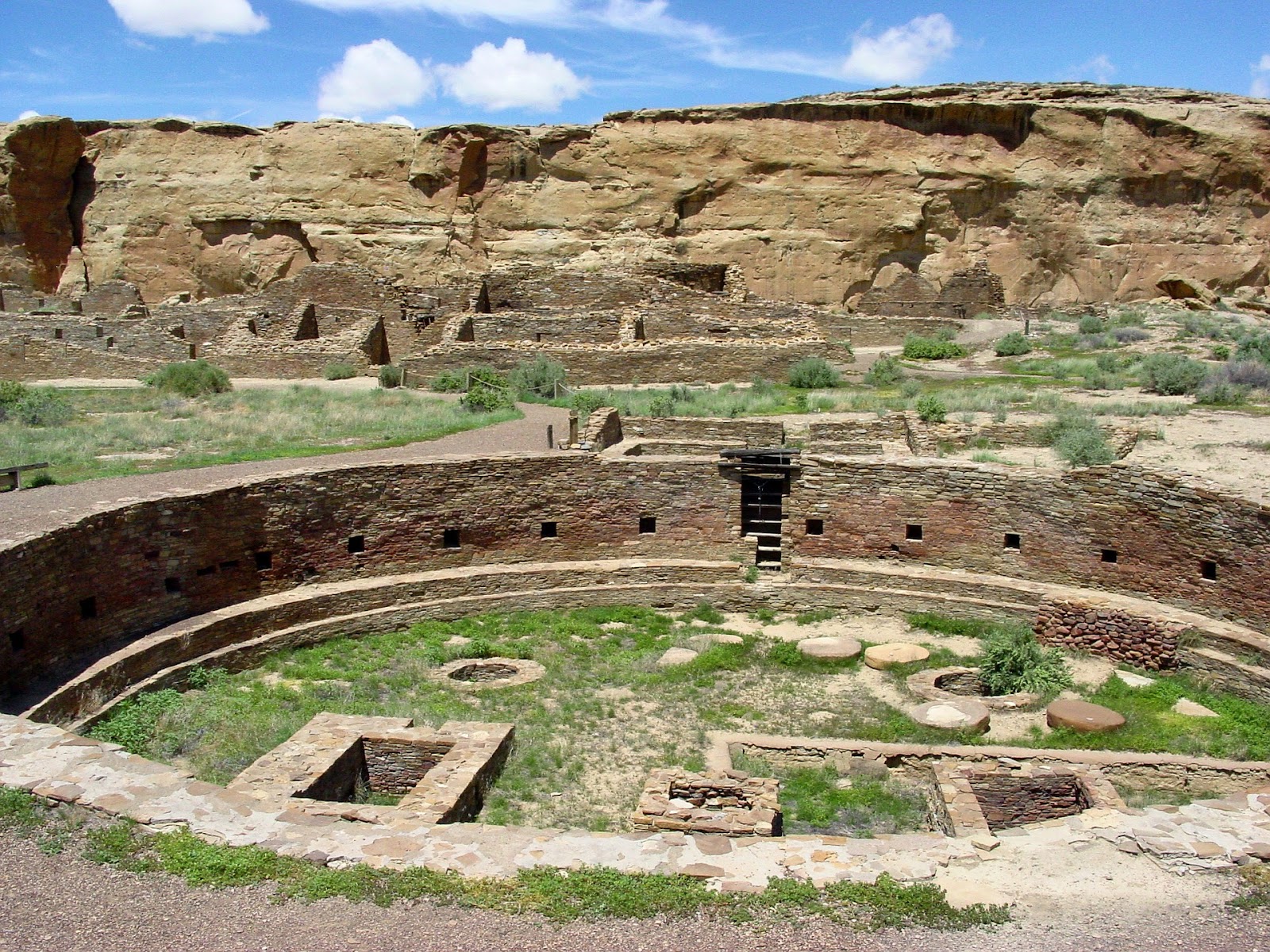 Beyond protecting history, the area’s safeguards have had another unintended positive consequence. Because the park is only one of two protected areas in the San Juan Basin, the protections are now a critical tool for biodiversity in the region– much of which has been disrupted by grazing and mineral and fossil fuel extraction. There are three major landforms within the park: Chaco Canyon, Createauos sandstone mesas and a set of smaller side canyons. The park lies within the San Juan Basin atop the Colorado Plateau and is surrounded by three sets of mountains: the Chuska, San Juan and San Pedro Mountains. The area sustains a wide range of microclimates, which support diverse plant and animal species. Elk, bobcats, rabbits, porcupines, badgers, wild horses and more than 100 bird species call the canyons and woodlands home. 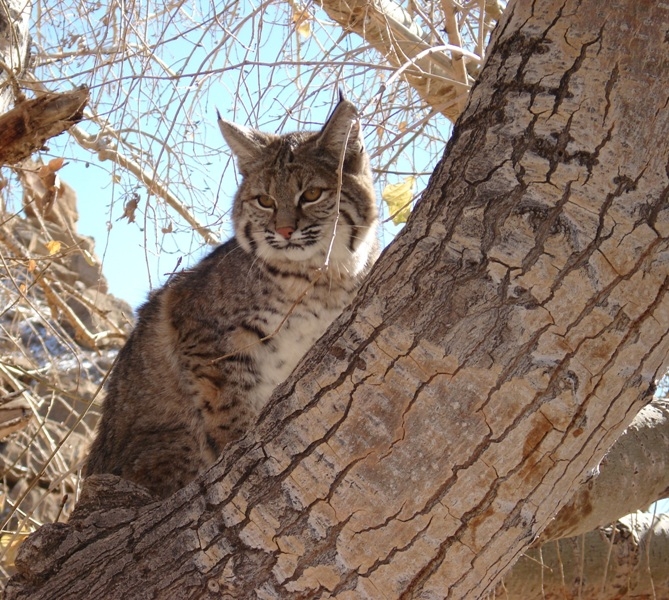 While these plant and animal species and cultural ruins are indisputably priceless, they are threatened by oil and gas fracking sites that completely surround the park. The park itself is protected from drilling and fracking, but fracking nearby causes negative ripple effects on the park. People living in the area have reported vibrations and are threatened by toxic pollution from drilling sites. Archeological and cultural artifacts, some still to be discovered, exist outside the boundaries of the park. And fracking disrupts the habitats of the countless species that live in and around the canyon by destroying sections of land, creating unnecessary noise, and bringing in people and equipment that take up space and pollute the air and water.

To permanently preserve and protect Chaco Canyon, Congress, Secretary Haaland and President Biden should enact a permanent ban on extraction within a 10-mile radius of the national park. It’s time to stop destroying our special places and instead preserve them for future generations.